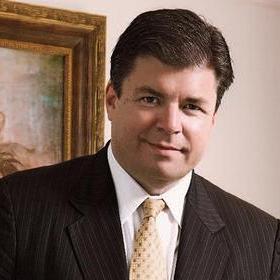 Nelson Holdo is a high end private jeweler with over 35 years of experience. He is a consultant, broker, appraiser and lecturer on precious gems, fine jewellery and high grade Swiss watches with formidable knowledge and expertise. He is also a fashion, style and image consultant for television and movie personalities as well as an international clientele, meeting with his clients at their homes, their offices, or at a private jewelry salon in Pasadena.

From 2011 to 2014, Nelson Holdo served as President of Black, Starr & Frost, America's First Jeweler since 1810, located in Newport Beach. As such, he oversaw the transition from South Coast Plaza to a beautiful new waterfront destination location. The brand experienced consistent sales growth and increased market share during his tenure. Previously, Nelson Holdo developed and trademarked the Asanti brand as the founder and President of Asanti Fine Jewellers - the finest jewellery salon in San Marino for nearly 20 years - a position he held until the economic downturn of 2008 forced the closure of Asanti.

Born and raised in Pasadena, Nelson Holdo was educated at Polytechnic and Caltech. He received his Diploma in Gemology from the Gemological Institute of America in 1981, and was awarded a scholarship to the CFH Institute in Lausanne, Switzerland in 1982.

Currently, Mr. Holdo is one of fewer than 500 Certified Gemologist Appraisers in the nation. He is a Fellow of the Jewelers Education Foundation, and has been quoted in the Los Angeles Times, the Japan Times, National Jeweler, In Store Magazine, Professional Jeweler, and Jewelers Circular Keystone.

Nelson Holdo is a past director of the American Gem Society. His expertise is called upon regularly by the Gerson Lehrman Group Consumer Goods and Services Council. He has lectured extensively to such groups as the Kiwanis, Rotary, Junior League, the University Club, the Town Club, and San Marino League.

Nelson Holdo is a member of the Jonathan Club and the Athenaeum. He has also served on the Board of several civic and charitable organizations, including the San Marino Chamber of Commerce, Valley Club, California Philharmonic Orchestra and Hillsides Home for Children. The Junior League of Pasadena and Foothill Family Services both honored him for his outstanding service to the community in 2002. The California Philharmonic Orchestra awarded him its Crystal Vision Award in 2004, and the Circle of Huntington Hospital honored him with their Community Service Award in 2006. In 2010, he received a Community Angel Award from Hillsides for his contributions.